Cye Mouri (毛利伸 Mōri Shin) is the calmest of the five Ronin Warriors. He is known as Cye of the Torrent, or Suiko no Shin.

Cye is voiced by Michael Donovan (Nozomu Sasaki in the original Japanese version) and Roggério Vieira in the Brazilian Portuguese Version.

Cye has auburn hair and blue-green eyes. During the TV series, he wears a blue and white hoodie over a striped shirt, light colored pants, and sneakers. During Gaiden, he wears a brown suit jacked, a white dress shirt, burgundy plaid pants, and black shoes. In Legend of the Inferno Armor, he starts off in a wetsuit while surfing and then changed into a blue sweater over a red plaid shirt, khaki pants, and brown shoes. In Message, he wears a blue-gray hoodie over a lavender shirt, pale blue shorts, sneakers, and a white cap. Cye's yoroi is light blue.

Having been raised by women, Cye has a very polite and gentle personality, and he is very considerate of others. His favorite sports are basketball and swimming. He likes tea ceremonies, cooking, flower arrangements, and English conversation. He doesn't like eating fish that still have the head on (not surprising, considering his element). He especially dislikes fighting, which becomes an issue between him and the other Ronins when they go up again Mukara.

The Mouri family is descended from Mouri Motonari, who was a famous naval general in Southern Japan. They had dukehood during the Meiji period. For generations, the family's duty was to protect the Hagi Sea, and so each member of the family was well-acquainted with the sea.

Cye's father died when he was very young, leaving him to be raised by his mother and sister Sayoko. Unfortunately, his mother has a very weak heart As a part of his training to become the next head of the Mouri family, Cye has been trained in both the spear and the bow.

One time, when his elementary school was running a mandatory medical checkup, Cye accidentally wore his sister's undergarments to school.

The Legend of the InfernoEdit

When Cye was fifteen years old, he read the ancient documents kept by his family and discovered the existence of the Torrent Armor. It was a tradition that the males of the Mouri family, as a rite of passage into manhood, would dive into the Hagi Sea near their home. Despite the sea being deep, Cye was able to reach the bottom without using an oxygen tank. He found the armor at the bottom of a crevice and, with the help of his orca friend Suiki, retrieved it. Afterwards, he told his mother about his discovery and learned that she, too, had heard about the legend of the armor.

The Armor of Torrent draws it's power from any water source. The primary weapon is a yari, a combination of a trident and a mancatcher. The secondary weapon, a tanto (dagger), is located behind the right shoulder. The armor's special attack is called Chō Ryū Ha (translated in the dub as "Super Wave Smasher" for the TV series and "Wave Crusher" for the OAVs), which appears out of the tip of the yari as a horizontal pillar of water. 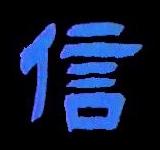 Retrieved from "https://roninwarriors.fandom.com/wiki/Cye_of_the_Torrent?oldid=6498"
Community content is available under CC-BY-SA unless otherwise noted.